As the Black Kingdom spreads, Lilika attempts to save the land from destruction. But is it too late?

With the golden forsythia in hand, Lilika and Talon must work together to plant it before powerful Cyperus and his mallow close in on Summer Harvest and Spring Bloom. Transformed by her recent discoveries, Lilika puts her own safety at risk in hopes of taking down the Black Kingdom. She is their only hope at redemption and the only one with the knowledge to defeat them.

In this breathtaking fantasy sequel to Winter in the Soul, Lilika finds herself trapped in the grip of the Black Kingdom where one mistake could cost her everything, but the right move just might save everyone she loves.

AND NOW FOR THE TRAILER … 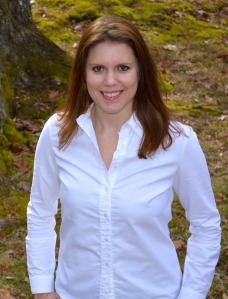 Jennifer Novotney is the author of the Winter in the Soul series. She was a 2014 recipient of the Moonbeam Children’s Book Award. Jennifer grew up in Los Angeles, California and attended Northern Arizona University, graduating with highest honors in English. She lives in Pennsylvania with her husband and daughter.